Kohesi Bond develops a broad range of products with an array of thermal properties. They vary in their serviceable temperature range, thermal conductance, coefficients of thermal expansion, curing exotherm and resistance to thermal cycling. Our custom made adhesives, sealants, coatings, potting and encapsulation compounds can be formulated to meet more than one of the aforementioned properties in your application. In addition, our products are capable of passing a number of industrial certifications, such as NASA low outgassing (ASTM E-595), USP Class VI and UL 94V-0 flameretardance, among others. 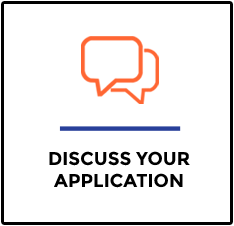 Kohesi Bond offers a broad range of out of the ordinary epoxies and sodium silicate based products that can withstand extremely high temperatures. These high temperature adhesives, sealants, coatings, potting and encapsulation compounds are capable of holding up to temperatures more than 315°C (600°F). Our products are commonly employed in various oil and gas, electronics, medical, aerospace, automotive and optical applications, where good adhesion even at extreme temperatures is absolutely crucial. Depending on your application requirements, our adhesives can be customized to precisely suit them.
Popular Products

The curing process of an epoxy system is an exothermic reaction, resulting in generation of heat. The amount of heat generated varies with the type of resin-curing agent and filler used. It also depends on the thickness and volume of mixed epoxy being cured at a time. Kohesi Bond has developed exclusive low exothermic epoxies that can be used for large potting, encapsulation and conformal coating applications. These specialty systems offer stress-free cures even in thick sections. Our products can be customized to meet various viscosities and working life requirements. Some applications require low viscosity coupled with low exotherm for large volume potting and casting applications, where the epoxy needs to flow through intricate shapes and crevices. High viscosity, low exotherm systems are employed for gap filling and bonding of vertical heat sensitive surfaces. Based on your application, our low exothermic epoxy systems can be fitted to meet diverse performance specifications.
Popular Products

Thermal cycling refers to exposing a material to an alternate heating and cooling cycle for a specified period of time. The rate at which the temperature is increased or decreased is known as the ramp speed. The amount of time for which the material is exposed to specific temperatures, is known as the dwell time. The choice of the adhesive would vary depending on the ramp speeds, dwell times and the number of thermal cycles it is going to be exposed to. If the change in temperature is instantaneous, it is known as a thermal shock. Kohesi Bond specializes in manufacturing special epoxy adhesives, sealants, coatings, potting and encapsulation compounds that are capable of holding up to multiple thermal cycles and severe thermal shocks even at cryogenic temperatures. These compounds are designed to adhere well to similar as well as dissimilar substrates and provide excellent toughness. They protect against cracking and delamination at high as well as low temperatures. Typical applications include heat exchangers, sensitive semiconductor devices, electronics, launch vehicles, combustion engines, LEDs, sensors, transformers, aerospace and aircraft components.
Popular Products